Ever since we moved to this area my husband and I have been trying to explore Providence as much as possible.  It’s ridiculously easy for us to get into the city.  Without traffic we can be there in about 15-20 minutes.  We’re lucky to have some vegan friends that are familiar with the area and had some great recommendations for us.  Our favorite as been The Grange by far. 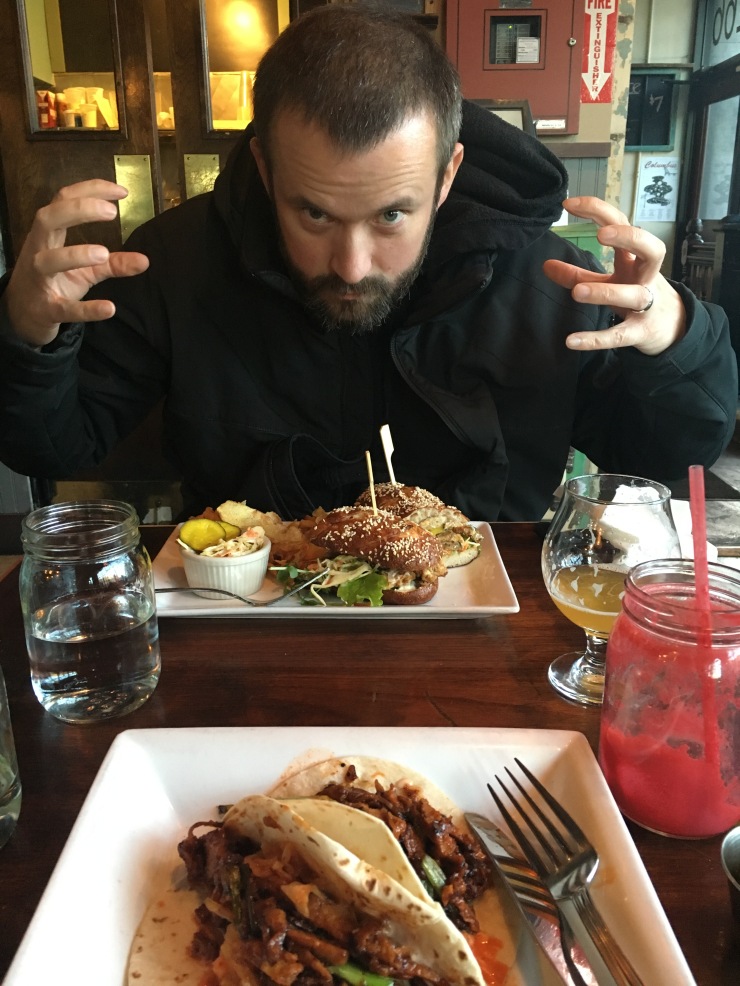 We’ve been there a few times, including once for brunch which was outstanding (even though I was super queasy!).  The atmosphere is cozy with a nice rustic feel.  Everything on the menu is either vegan or vegetarian, which is always liberating.  They also have a full bar and an excellent beer menu (not that I’ve been indulging lately).  I did take a few smells of my hubby’s beer which is ALMOST as good as drinking it…right?

Our most recently visit to The Grange was a Wednesday afternoon over vacation.  We dropped in between lunch and dinner time so the place was pretty empty which was nice.  They were featuring their bar menu at the time which had plenty of options.  I also appreciate that they have fresh smoothies and juices.  I ordered their red juice, I could have had three of them.

Every time we visit The Grange we start off with the Sweet Chili Cauliflower.  This time that we ordered it it was the best we’ve had.  The peanut sauce was outstanding and addictive.  I feel inspired to recreate it!  It’s funny how I’ve been seeing cauliflower on menus everywhere, even non veggie places.  It’s truly a versatile vegetable!

The Soy Bean and I were craving seitan so I ordered the General Tso’s Tacos.  I’ve ordered this a few times, so it’s been a staple for me.  The seitan was nice and juicy, it’s almost like eating real meat (almost). 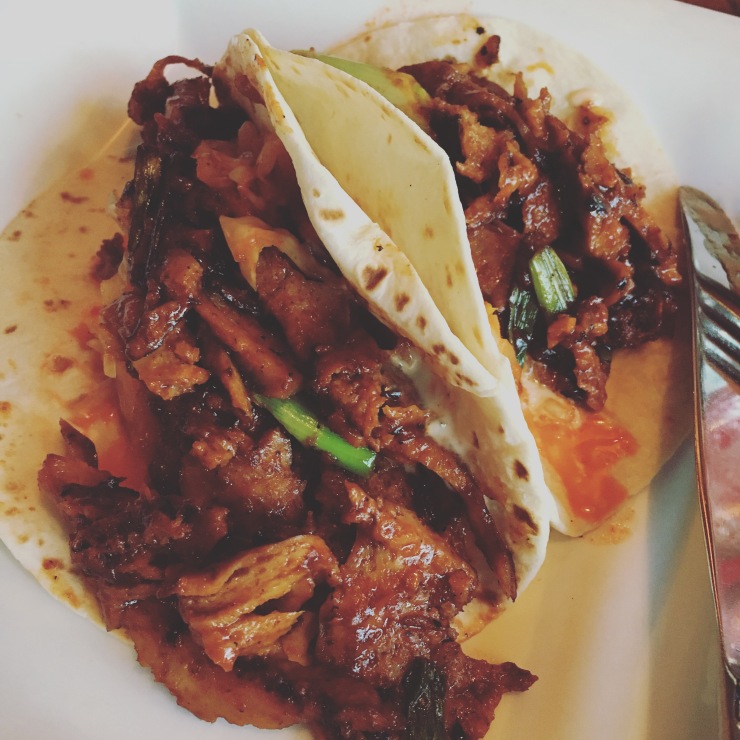 My husband doesn’t venture too far either when we dine at The Grange, he usually opts for the Po Boy, which he ordered and generously allowed me to sneak a couple of bits.  He’s usually not a fan of mushrooms but this dish features oyster mushrooms and he loves it.  I’m personally a fan of the pretzel bun. 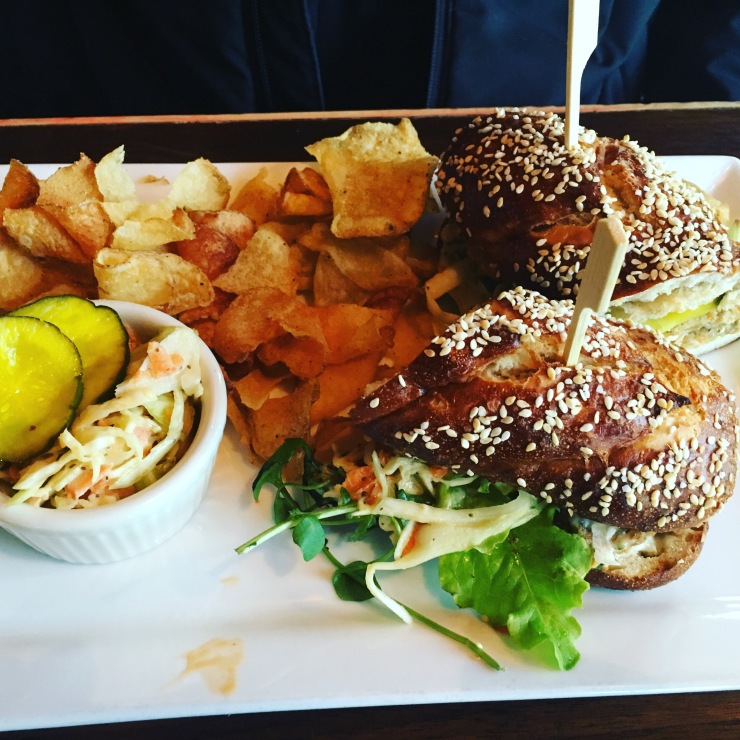 So if you every find yourself in the Providence area be sure to check out The Grange, it’s the perfect spot for brunch, dinner, or even just apps and drinks.

View all posts by theimpressionablevegan